About seven years ago three adorable kittens came into our home.  Tiny, tiny.  All three could fit in my left hand.  Charly, Maxie, and Freddie were between 6-8 weeks old. 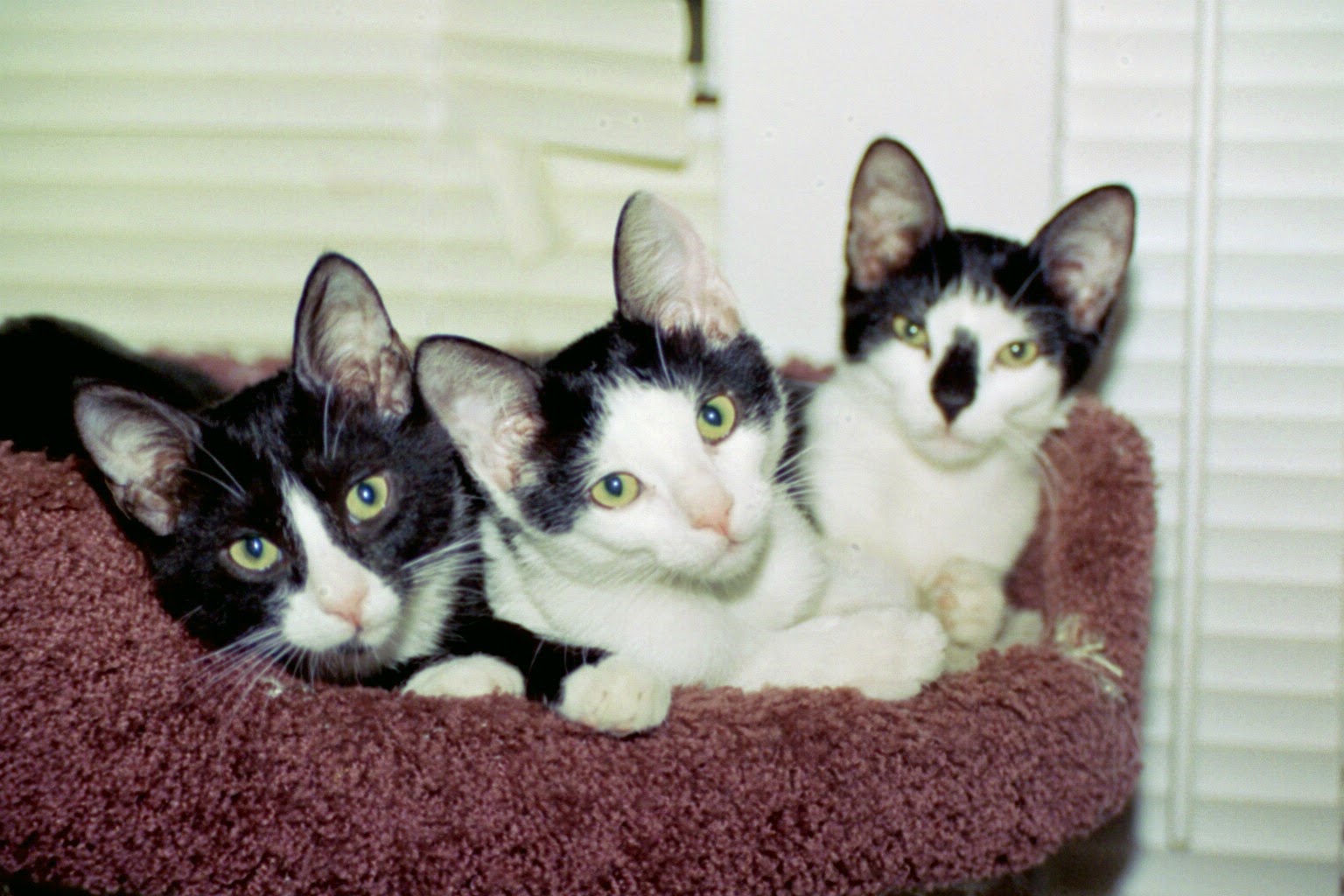 Charly was the runt and had his eyes were running constantly. But Charly grew up into a prince’s body: tall, elegant, and lean.

Unlike boisterous and talkative Maxie, or powerful and energetic Freddie, Charly was very laid back, gentle, and affectionate. 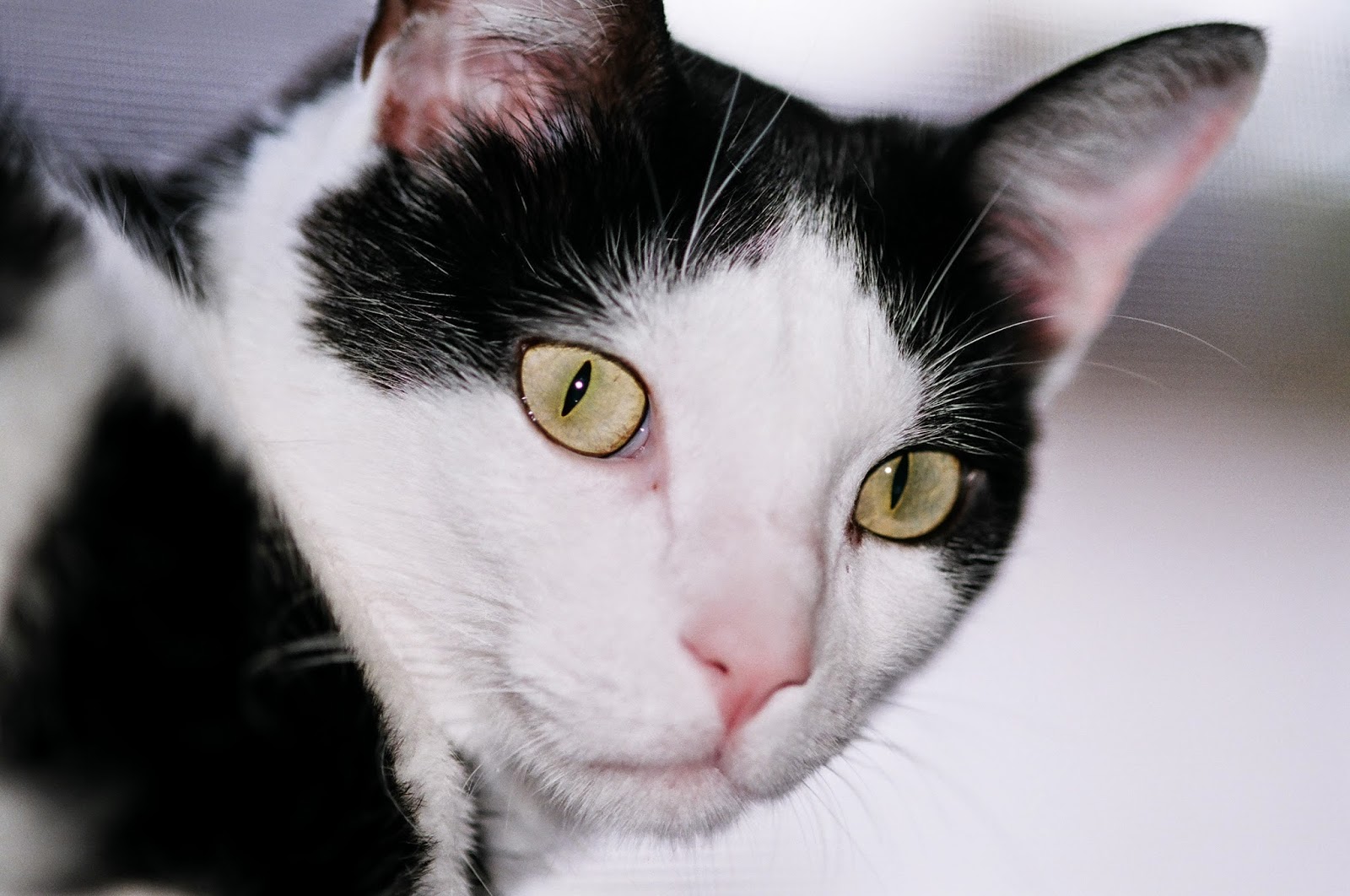 About two and a half years ago Charly developed stomatitis, the bane of our household, which is a painful inflammation of the gums and throat. The initial treatment is teeth cleaning, and if that does not work, long lasting steroids. When that does not work, the recommended treatment is removing all the cats teeth except the canines.  We delayed that treatment because of cost. Cat dentistry today is enormously expensive now, at least in Los Angeles, with X-rays, anesthesia, surgery, etc., just getting the teeth cleaned can cost $500-$700 at the better vet clinics and higher with a specialist.

Four weeks ago we decided we had to get Charly’s teeth removed, the inflammation was terrible and he had been losing weight from the pain of eating for 6 months or more.

We took him to Dr. Tsugawa of Culver City, the most highly recommended dentist-specialist in Los Angeles.  All of Charlys non-canines were removed uneventfully. And we were right to be concerned about the cost: $1,879!

Two weeks later we brought him back for a recheck.  Unfortunately Charley had a major swelling on the left side lower jaw and a bit of swelling on his left cheek area.  He was started on two weeks of Clavamox to fight a possible infection. Dr. Tsugawa said he had never encountered a case like this where swelling developed after surgery.  He gave Charley another two weeks of Clavamox.

Two weeks later we brought Charly back.  The swelling on the lower jaw, a lymph node, was smaller, but the cheek was puffier. Tsugawa warned us to watch the left eye, whether it bagan to water. Tsugawa gave another two weeks of Clavamox. Total antibiotic cost was $140 for four weeks.

About 10 days later, Charley’s left eye began to water and we brought Charley back the next available appointment.

Tsugawa’s guess was that it was cancer, a carcinoma.  He second-guessed himself for not being more suspicious of the swelling when we brought him for the first follow up and performed a needle aspirate biopsy to the tune of $807.  We are awaiting the results, but cancer is almost certain. Dr. Tsugawa was certain the tumor was extensive and had already gone behind the eye and was inoperable.

Tsugawa speculated that the cancer developed within the stomatitis inflammation, and surgery disturbed the statis quo, allowing the cancer to grow aggressively.

Without further treatment, Charley would have three months to live.  With aggressive treatment, meaning removing the left eye and extensive radiation treatment costing maybe $4,000 for both, he might have a year to live!

We have been faced with such critical decisions before and always opted the expensive, extensive treatment way.  But this time, though we have scheduled an appointment with a radiation oncologist, we will have extensive second thoughts about getting it for Charley.  The treatment will be invasive, painful, and really only give him an extra nine months of life and an even more extensive emotional investment.  For me, when I am working with a terminal cat, my heart gets totally invested in their health, and when they die, I go numb for a long time.

Is it better for Charly and for us to give him the best three months of his life and then put him to sleep when the pain gets too bad, or to operate and irradiate, and out his death off another nine months but also with constant treatment?

When Satchi died the same year as Robert Adams, I went into a three year depression.  When Gopi died in 2008, again a depression and angst.


Since then so many died including Gracie, Dustin, his sister, and Lakshmi.  Each death takes a toll on me.

What  do you think?