I have repeatedly talked about the four bodies that Nisargadatta and Siddharameshwar talk about, but Robert Adams hardly did ever.

The first body, is the dense physical body.  It is the densest of all, and by dense, I mean there is nothing about it that can be considered light or spacious, as is the empty sky, or even water.  It tends to be hard in places and soft and places, but not permeable to air or water.

The next body, the causal body, is experienced as the mind and awareness disappearing, and that the self, the I am also disappears, and one goes into “unconsciousness” or “unawareness” of anything, anyone, any thought.  There is no self-awareness, and nothing to be aware of.  It is entirely forgetting all the qualities of the physical body and the subtle body, leaving them behind, allowing one to enter Turya as something entirely new.  This third body, the causal body, feels more dense than the subtle body, as its darkness and forgetfulness envelops both gross body and the subtle body and dries it away.  It is not unlike sleep, but not quite as dense as sleep, it is like being asleep, but just barely as after the loss of consciousness, but remaining near the surface.

The fourth body is difficult to describe.  I can say without any doubt that each of my readers is experiencing Turya even now contained within the entirety of your everyday mind and experience.  Once you experience Turya as the only state, after coming out of the causal body into Turya, and once you have done this any number of times, so that you, really know what the state is like, when you are awake, and fully returned to the world as a person, you can become aware of the Turya state already existing in you, underlying your ordinary mind of everyday affairs.

A bit it is like this.  Even now, when you think about it, you know what the experience of sleep is like.  You can remember what it is like at night to slowly drift off into sleep and into unawareness.  There is a darkness.  There is increasing relaxation of the body, and there is the disappearance of consciousness, a snuffing out of consciousness, and a complete letting go into the dark wetness of the sleep state.

You can also become aware of what sleep is like in the morning when you awaken.  At first, coming out of sleep, there is a gap, where there are no thoughts, and you are aware, without being aware of the world, or of yourself.  This is what Krishnamurti calls bare awareness, which is awareness without thought, or without a central focus of I am as a separate being.

If you want to, if there is any volition available to at this point, you can turn around and go back into that darkness with no problem, and return to full sleep.  After you do this many times, you know what the state of sleep is like by memory, and by feel.  In fact, if you explore your everyday experience, when you feel rested uncomfortable, you can detect the sleep state within you, permeating your waking state or perhaps pushed off like into another room, always available, but not yet while the waking state is in ascendance.  Just so, after you realized Turya fully, you can equally find it as an aspect of your experience of everyday life.

The key to understanding what Turya is like, is to understand the phrase “not real,” because you will discover that compared to the waking state, all the objects names and forms and language of the waking state take on an entirely different appearance in Turya.  In Turya there is no me and you; there is no I and thou; there are no objects, but there is spaciousness.  There is no distance between you and any appearance that appears, such as of a window or the sky or bird.  There is no separation between you and any appearance within your experience in Turya.  You and everything else are of one substance, and yet despite having no separation, the experience of Turya is of immense emptiness, and within that emptiness, no objects exist, only appearances that are constantly changing, changing, changing.  Colors are more vivid.  Sounds are more potent.  Nothing is adulterated by the intervention of the mind that imposes concrete forms on the ever-changing appearances, and the concrete forms themselves are nothing more than concepts based on words and other concepts.  One sees, hears, tastes, touches, and smells all of consciousness directly without the intervention of thought, and without the mind, no objects exist because no concepts exist.  No forms exist because no names exist.  In no mind you become everything, but everything is no longer an external world or objects.  Everything is you.  Everything is I am.  All boundaries have disappeared.  And one is happy, deliciously happy.  One is free of concepts, mind, obligations, restraints imposed by the physical body. 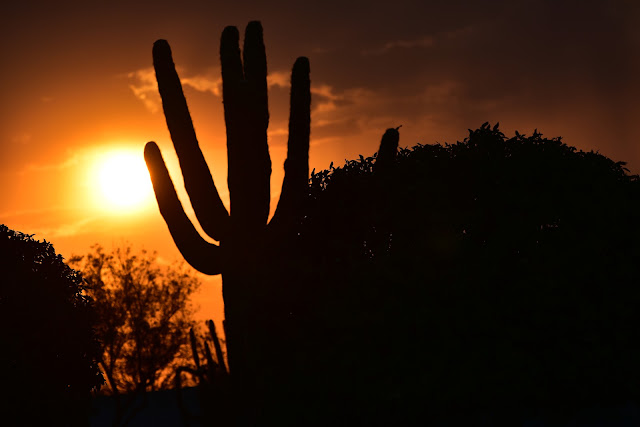 How does one enter Turya?

In order to enter Turya, your mind has to stop completely, because the mind cannot penetrate either the causal body or Turya.  The mind is limited to witnessing the gross physical body and the events and processes within the subtle body.  Its function is to be a tool or in aid in living life as a physical entity, is a physical body with senses in mind.  It is powerless beyond the subtle body level to know anything. The mind disappears entirely in the causal forgetting state, and stays absent entering Turya, which is the banishing of the last elements of the causal state.  The causal state itself, falls away, falls out of the brain, revealing the unity state of Turya which is experience without form, which is spaciousness filled with ever-changing appearances, and none of it has the reality or solidity of the objects created by mind and concepts and what we call the everyday waking world.

The easiest way to enter Turya is through a very formal, Zen-style sitting meditation, where you sit crosslegged as best you can, in formal meditation posture, with an erect spine, facing a wall, and with eyes half open, facing a wall, with a candle between you and the wall.  The half opened eyes will prevent you from going to sleep, and you will go into the causal body instead of sleep.  You will feel your head growing heavy.  Your brain seems to be freezing up, and becoming like a solid rock.  There is no room for any thought to penetrate your brain.  You feel stupid.  You feel lost.  Then suddenly, the bottom drops out of your mind, and a totally disappear,  leaving you in Turya.  The causal state itself has gone.  And is also taking your mind and body with it for you no longer experience yourself as having a body.  You are everything.  In formal meditation your body entirely disappears and you are not even aware of it.  As Douglas Harding would say, you have no head.  That is, there is no experience of having a body at all, let alone ahead or shoulder or torso or legs.  You are now everything, and not localized to a body.  This is how I learned to enter Turya hundreds of times, and to know it well.

However, most people do not experience it through formal meditation.  What happens is after years of being interested in spiritual matters, they have spent a lot of time investigating all aspects of the subtle bodies, the energies, the meditation experiences, bliss, happiness and unhappiness, emotions, relationships, etc. and they get filled up with these experiences.  They no longer seek out new experiences.  They are done with exploration of spiritual states, or even human relationships, and they want to go deeper.  Thus they begin to experience life as if going into the causal state, forgetting about all that has gone before, all their previous interests and hobbies, all that has become meaningless and no longer an object of desire.  They may naturally go into the various samadhi states, to the no mind states of the causal body.

But beyond all the samadhis is Turya, and the samadhi states have led to the destruction of the primacy of mind in your life, and you drop the mind as the lead actor in your life, and instead you let life act through you.  It is a losing of the primacy of will and of mind.  It is a total relaxation of body and mind.  You, as an entity, are dissolving into emptiness in the totality of consciousness.

Bernadette Roberts has called this process that of losing everything, losing the unity consciousness of Christ consciousness, and snuffing out of the mind primacy, letting go to live out the will of God.  This is an everyday life process which consists of continuously letting go.  You might say it is a constant Sedona-method-like letting go of everything.  It is a dying to your previous life as a normal human being caught in the world, and it is a liberation from the trials and tribulation of that world.  All those things that were important to you disappear in the causal body, and the emptiness of the causal body, and the forgetfulness of the causal body, and are not resurrected in Turya state.  The Turya state is a new world of utter rest, utter delight, utter peace, and the guide to continuous unfolding of the Lifeforce or the divinity through you.
Posted by Ed Muzika at 6:51 PM